It has been about a year and a half since the outbreak of Canine Influenza in August 2013 in Montgomery county. Not much has been heard about Canine Influenza since then, but this spring there was a major outbreak in Chicago, and in May 2015, at least one case was diagnosed in Maryland.   The troubling fact about these two most recent outbreaks is that they are a new strain of Canine Influenza (H3N2) that is different from the available vaccine strain (H3N8).     This H3N2 strain is almost genetically identical to an Asian avian influenza virus that was believed to be directly transferred to dogs.    This same strain was also found to cause disease in a number of cats in South Korea in 2010, although no cats in the U.S. have been diagnosed with CIV H3N2.

So what can you do to protect your dog?  Avoind exposing your dog to obviously sick dogs, and if there is a CIV outbreak in your area, avoid taking your dog to areas where dogs gathers (dog parks, kennels, etc).  Talk to your veterinarian about your dogs risk of exposure to CIV and if the Canine Influenza vaccine is right for your dog.     Be sure to wash your hands after handling any dog, especially after handling a sick dog, and do not share equipment (bowls, collars, leashes, etc) between sick dogs and apparently healthy ones.

A Palmer Animal Hospital, we recommend (but do not absolutely require), Canine Influenza vaccination for dogs that are boarding with us.   To our knowledge, there has not been an outbreak in our immediate area, but as of now it is unknown where the most recent Maryland outbreak occurred.   We will post any updates when we get them. 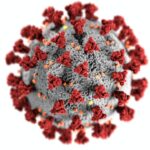